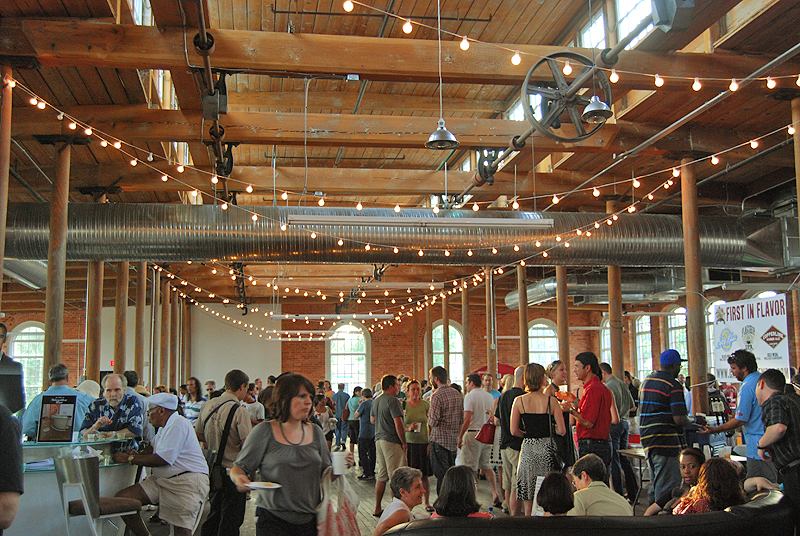 Last night was Third Friday, an arts celebration in downtown Durham, and the biggest party of the night was at Golden Belt, a renovated mill east of downtown. The Independent Weekly, our local arts and alternative weekly paper, celebrated their “Best of the Triangle” results with a party in the Cotton Room, where samples were served from the Triangle’s best restaurants, as chosen by The Independent’s readers.

I went with some friends and ran into several others that I knew. We tried food from restaurants like Chubby’s Tacos, Lilly’s Pizza, Revolution, Tyler’s and The Mint. There was beer from Big Boss and Carolina Brewery and desserts from Sugarland and Gugglehopf. I met one of the guys from Wine Authorities and talked to him about North Carolina Wine TV. He knew who I was (those 2 guys who talk about wine) and I found out that the store does not carry NC wine, but has something called an endomatic, a self serve wine machine. I definitely need to check that out. 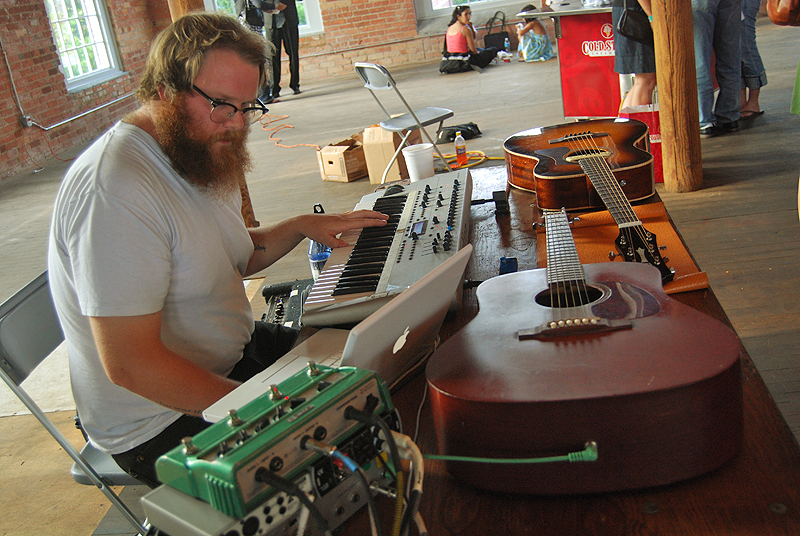 There was music inside The Cotton Room, ambient weirdness by Brad Cook, from the folk band Megafaun. There was also a stage outside where Thad Cockrell and Hobex performed. Since this was a notable Durham event, my friends from Onlyburger were there too.

Here’s a link to a few more pictures I took.