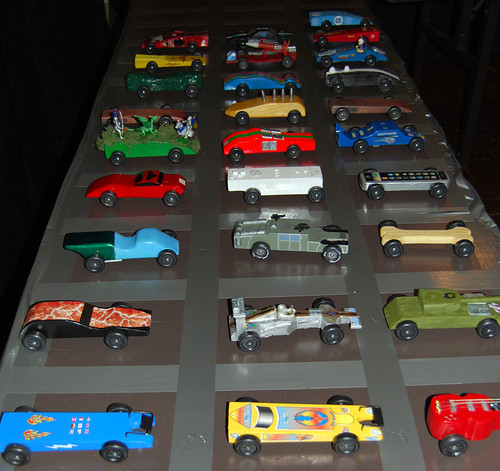 Today was our Cub Scout Pack’s Pinewood Derby, where the Scouts raced model cars they designed and created from a block of wood. There were lots of great cars including an iPhone, a Wiimote, a red guitar, a pickle (of mass destruction), a dog bone (complete with a sponsor), traditional racers and even some slivers of wood that were design for nothing more than speed. 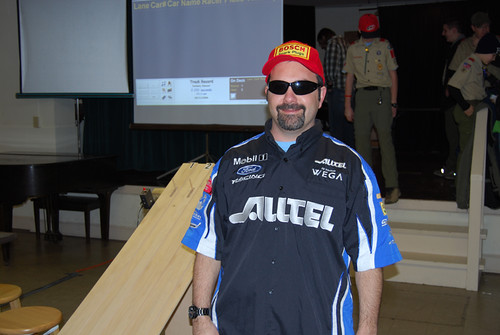 I was the Racemaster for the event. That meant I wore the Pack’s Racing Shirt and Hat, announced all the races, checked that the cars were on the track, started each race, and even kept the on-deck boys flowing so there was no lag from race to race. This was a new position for me and it was a lot of fun. I had almost nothing to do with the event, but I was the one with the microphone running the show. I only made one technical error when I started a race before reseting the lanes. All I needed to do was push the red button, and I neglected to do so. We had to run the race again. Every so often, the crowd broke into chants of “Push the button, Push the button.” Sometimes I milked it to even wilder cheering. 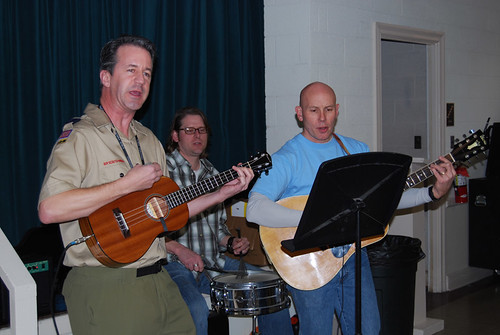 We had entertainment of our musical combo called the Cubtones, featuring guitar, ukelele and drums. They got the crowd going with songs like Speed Racer and I’m a Believer. 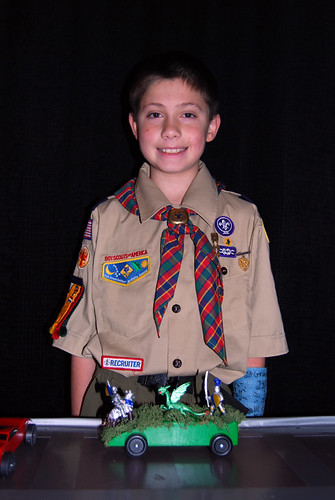 And finally, the best part of the even was the award ceremony. Peter won 1st Place in Most Original for his car, The Dragon’s Revenge. This means his car competes at the District Competition.