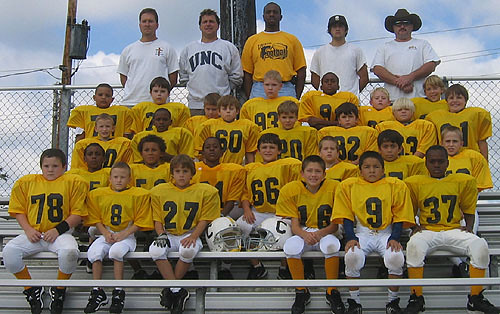 Peter’s football team won a squeaker today against the Durham Firebirds. This was a tremendous improvement over last week’s game where they were shut out.

The second half was nearly scoreless. In the fourth quarter the Falcons drove down the field, but lost the ball near the end zone. The Firebirds struggled to move the ball from deep in their end of the field. On what should have been the last play of regulation, the Firebirds quarterback pitched the ball to nobody and the ball rolled into the end zone. A Firebirds player dove onto the ball, and it was a safety, adding two points to the Falcons score. The Falcons had the lead.

The Firebirds tried an on-sides kick, but failed to recover it. The Falcons lined up for one final play, but the clock ran down. Falcons 14 Firebirds 12. 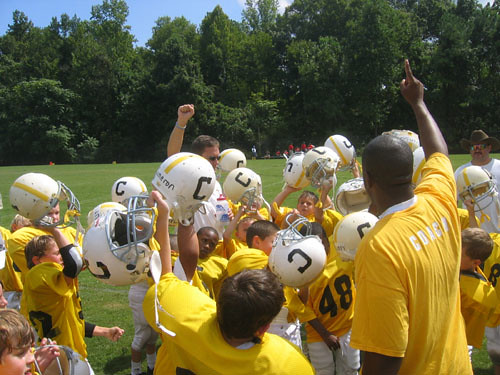 Falcons raise their helmets in victory

One thing to note about the game: I was part of the chain gang working the first down sticks. I had a great view of the action, but Peter was mainly on the opposite from me.