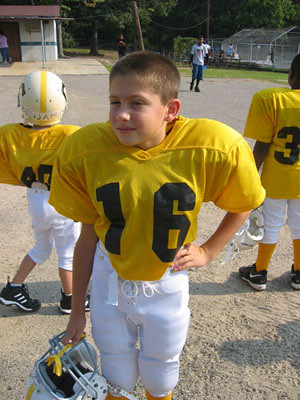 Peter had his first football game today. As he described it to a friend, “We got creamed 25-0.” This will be a very different year than last year. Peter has been playing back-up quarterback in practice, but did not take a snap during the game.

He only played on defense, mainly linebacker. He forced a fumble on one play.

As the coach said, this game points out what they need to work on.