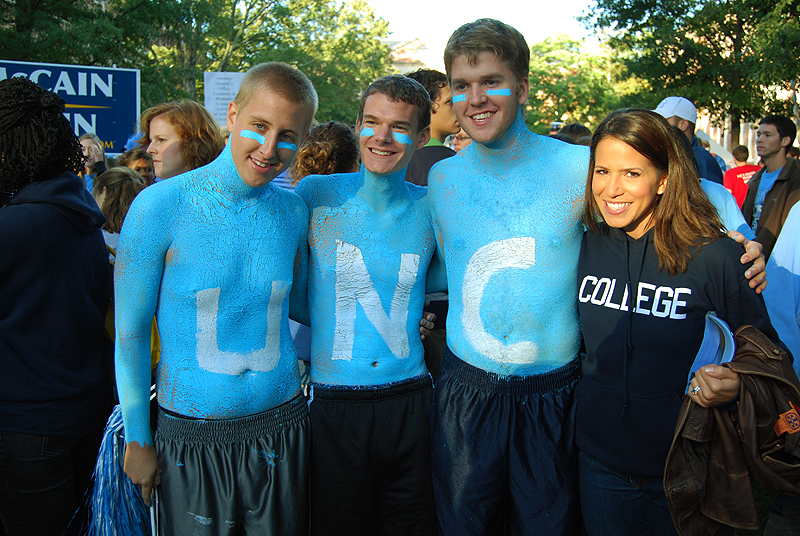 This morning ABC’s Good Morning America came to UNC as part of the 50 States in 50 Days coverage leading up to the November election. I heard about this from a Chapel Hill events email, although my friend John heard about from the local Obama campaign. Even though many UNC students are Obama supporters, the campaign wanted to make sure other local folks had the opportunity to represent their candidate on national tv.

People would start arriving at 5:30am, and shooting would begin by 7:00am. I had planned to meet John at 6:00am, but due to an alarm malfunction caused by user error, I didn’t arrive until nearly 7:00am. I took lots of pictures of UNC students, Obama supporters, GMA anchors and tv production people. Coordinators were working from a shot list, moving anchors, and crowds from one location to another. As it turns out, they were mainly shooting intros and outros to pieces that they had recorded earlier in the week. Some of the canned pieces were shot solely at UNC, while others included interviews and footage from other universities. It is a pretty good package of stories that covers many aspects of college, not just politics.

The ABC website does not provide the code to embed their video clips, so I will provide links to each clip. I will also include one of my photo that relates to that clip, if there is one. And finally, scroll to the bottom for a link to the rest of my photos that don’t appear in this post.

The weekday anchors of GMA have been traveling around the country by train, but when it was time for weekend anchors Marysol, Bill, Kate and Ron to head to Chapel Hill, they rode in a VW Mini-Bus. 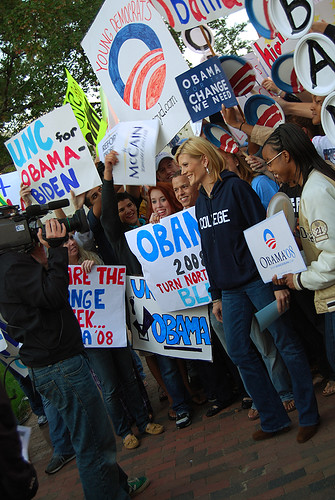 Watch the Will Youth Rock the Vote? Video 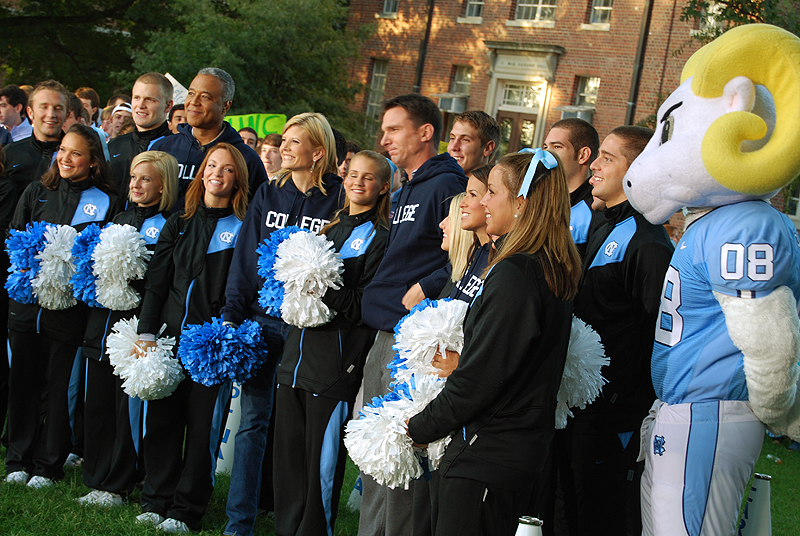 Watch the What Would You Do Over from College Video 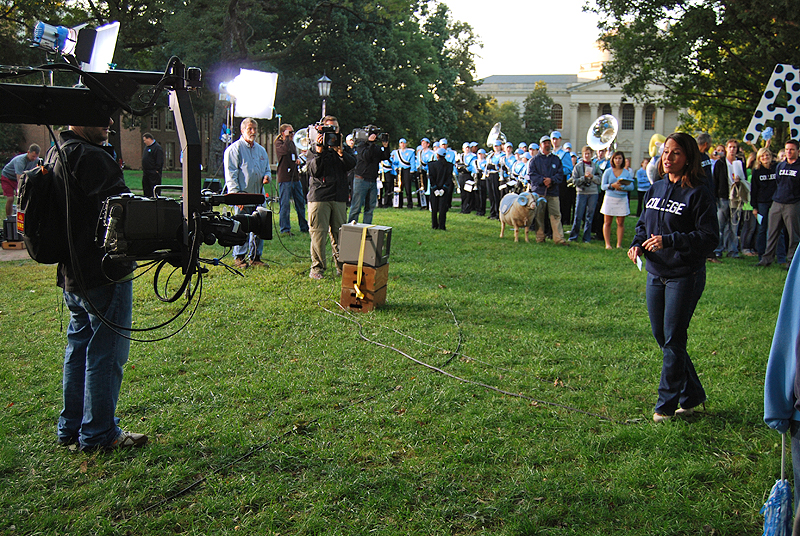 Watch the College Life in 2008 Video 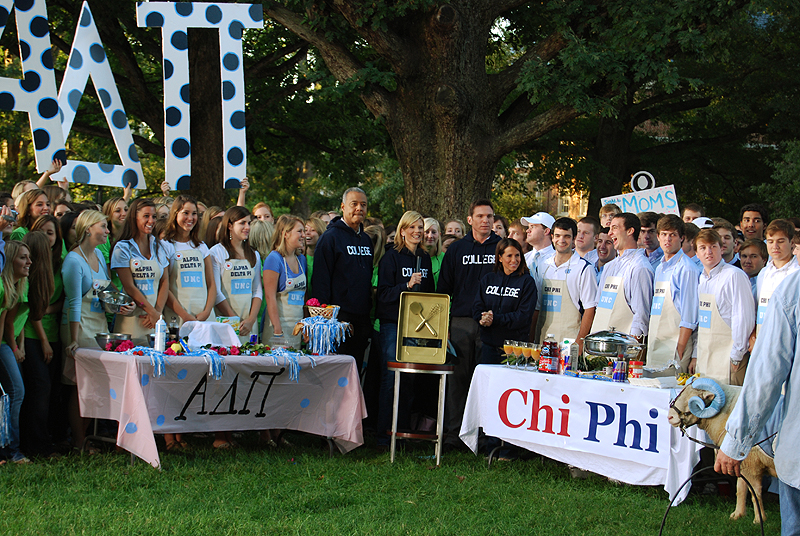 Here’s a link to the rest of my photos.

Below are links to other videos where I didn’t have a good photo of the intro or outro.