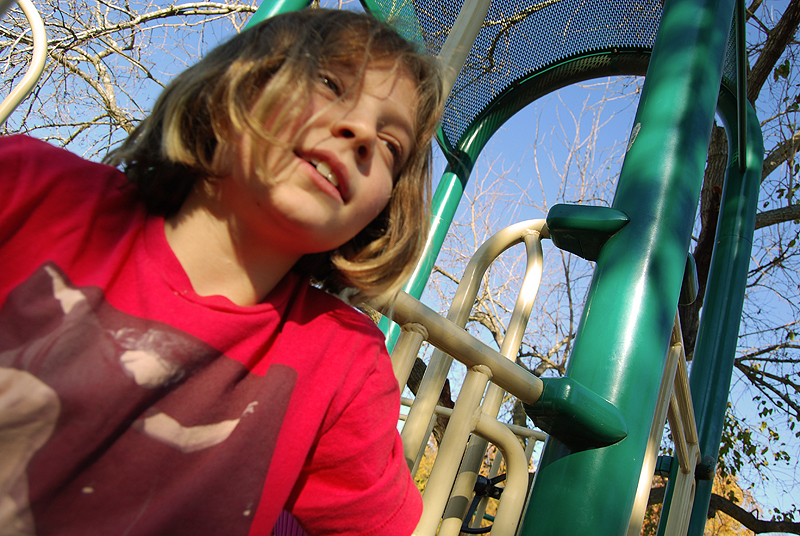 Yesterday Grace and I went to the playground at the Chapel Hill Community Center Park. It was a beautiful fall day, and she enjoyed playing on all the stuff. It was a fun time, and we spent a lot of time laughing as she was asking me to do things and I would pretend to misunderstand. Hold your arms like this, she said. I would hold them wrong, and ask her, like this? No, like this. This went on for a while. She wanted to swing from a bar and jump into my arms, but I didn’t think it was a great idea. I kept making her laugh until I was able to convince her it was a bad idea. She wound up just jumping into my arms without swinging from the bar. 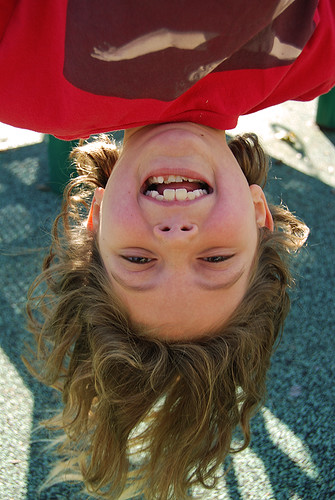 It is interesting to watch Grace as a big kid on a playground. At 8 she was one of the oldest kids there. At one point a small boy was crying because he was “it” in a game of tag with another boy, and he couldn’t catch him. I was talking to the boy telling him that if he just sits in one place the other boy would come to him and he could tag. Mainly I was just talking to the boy to calm him down. Grace was trying to help. Eventually she joined the game of tag, and was it. She went and tagged the boy that crying boy couldn’t catch.

After leaving the playground, we went home an played Star Wars Monopoly. It was a bit strange because neither of us are that familiar with the expanded universe of the Clone Wars series, so we didn’t know too many of the places on the board. It was Grace’s first time playing regular Monopoly. She had only played Junior Monopoly. She caught on very quickly and was an able competitor. We paused the game after about two hours. We may resume it today, or just total up our money and property to declare a winner.

Here are some more photos of Grace at the playground.