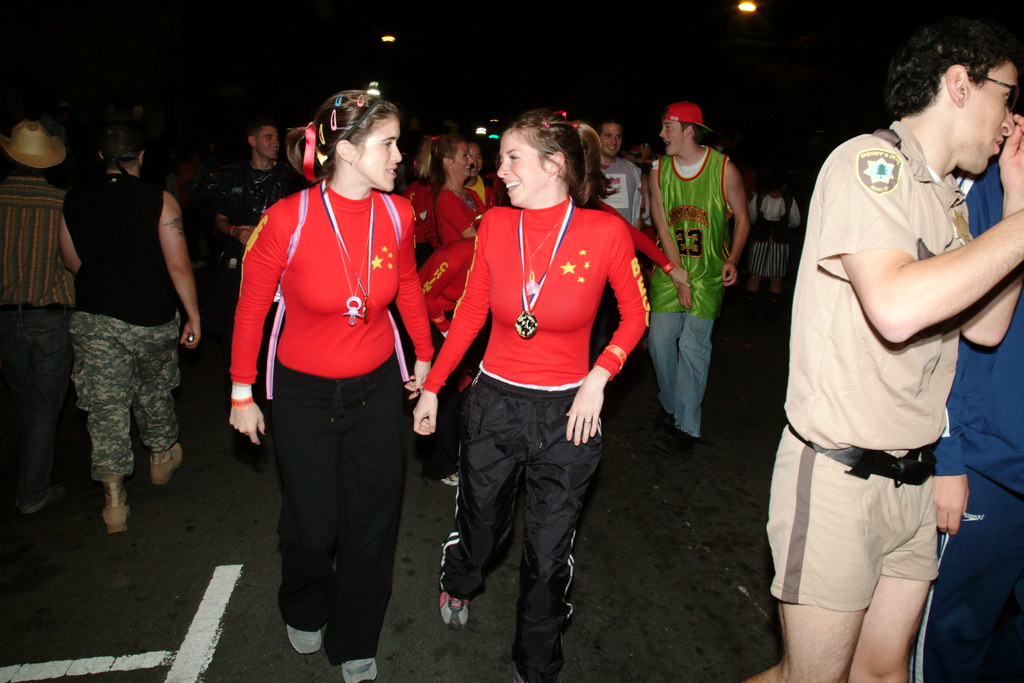 According to the Town of Chapel Hill, during last night’s Halloween celebration on Franklin St, “five people were arrested for simple affray (4 arrests)and impersonating an officer (1 arrest).” It was a night that many people dress up, and likelihood that someone might dress as an officer of the law is pretty good. And that doesn’t even count being part of a coordinated Village People ensemble. So what must someone do, while dressed in a policeman’s costume, to be arrested for impersonating an officer. Maybe they should have arrested anyone dressed as Sarah Palin for impersonating a vice-presidential candidate?