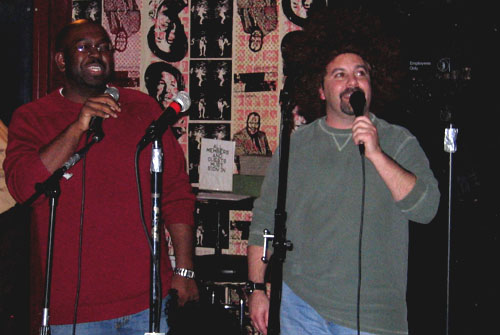 Our office holiday party is traditionally held at a dive bar, and this year was no exception. The main activity is mandatory Karaoke, just like last year. We made some improvements over last year, including circulating a song list before the party and projecting the lyrics on the big screen.

The song selection was all 1970s and I chose “Bad, Bad Leroy Brown” by Jim Croce. This was a 45 that I had as a kid. It didn’t mean I knew the words though. I donned a large afro and “channeled Bill Murray” my way through the song. I didn’t quite get boos, but there was a general consensus that I was bad. I never claimed to be able to sing, and at least I made it entertaining.

The winning group performed “Bohemian Rhapsody” by Queen. It was only slightly inspired by Wayne’s World.