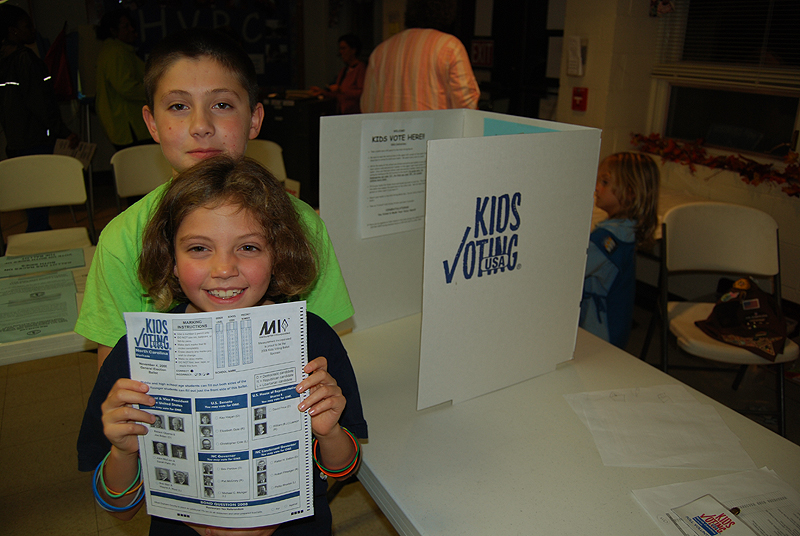 Yesterday I heard that the nationwide Kids Voting program was set up in Durham County, but not Orange County. My kids have been very charged up by this election. They have been big Obama supporters, but I was not able to get at the core of their support. When asked about the issues, they came up with “he has good ideas” and “he’s awesome.”

They both voted in school elections, whose results won’t be announced until tomorrow, but I knew they would enjoy being part of a nationwide election. During my lunch hour, I went to two different precincts to find out about Kid Voting. The first one did not have any Kid Voting and nobody knew anything about it. I went to a second precinct, actually my new voting place, and there was a Kid Voting table inside the door. I asked a few questions about registration (none needed), did it matter that I voted early (no), and how late were they there (until the polls closed at 7:30pm).

Once I knew where I needed to go, I just needed to figure out how the get the kids, take them to vote, and get Peter to basketball practice by 6:15. Since my kids were off school, and their mom was home with them, we decided that she would bring them to my office and I would take them to vote. As I drove the kids to vote, clockwatching all the way, I explained that even though this was not the most convenient thing to do on a rainy evening, it was exactly what you do for voting. It was important enough to me that the kids participate in this election, that I would drive from Chapel Hill to Durham, vote, and drive back to Chapel Hill. 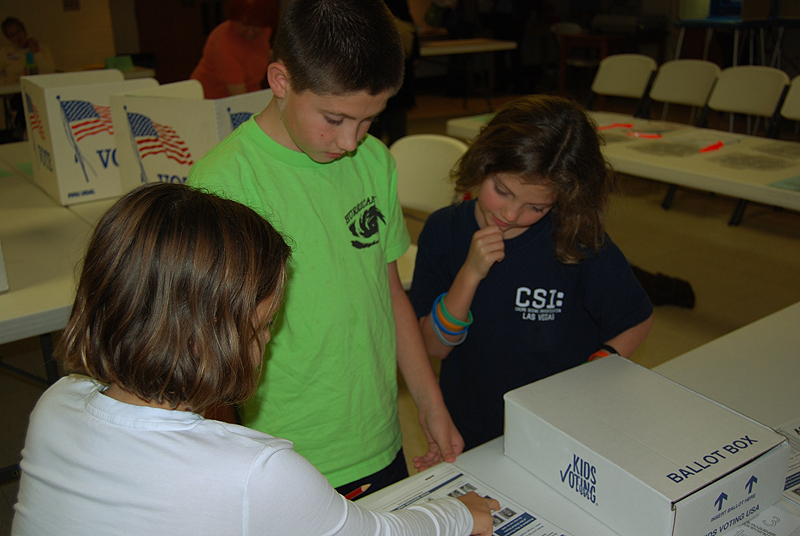 The Kids Voting Table was staffed by a family from Girl Scout Troop #1152, and the older sister, a Brownie, explained the ballot to Peter and Grace. The ballot said for younger kids to just fill out the front of the ballot. These are the races that they are more familiar with: President, Governor, Senator. There were even pictures of the candidates on the ballot. They each went into a “booth” and voted. After they put their ballots in the ballot box, and I finished up taking pictures, it was time for the best part. They got their own I voted stickers. 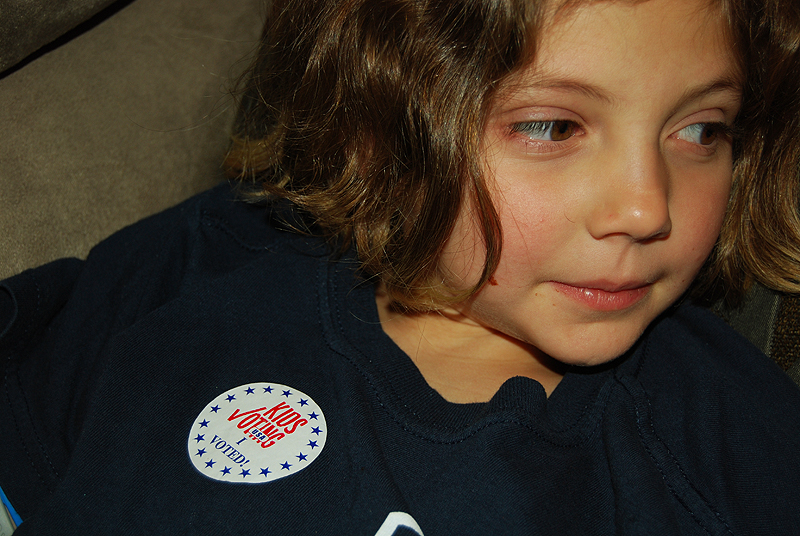 They enjoyed voting, and we made it to basketball practice on time. We will check the results from the Kid Voting program on the web in the morning.