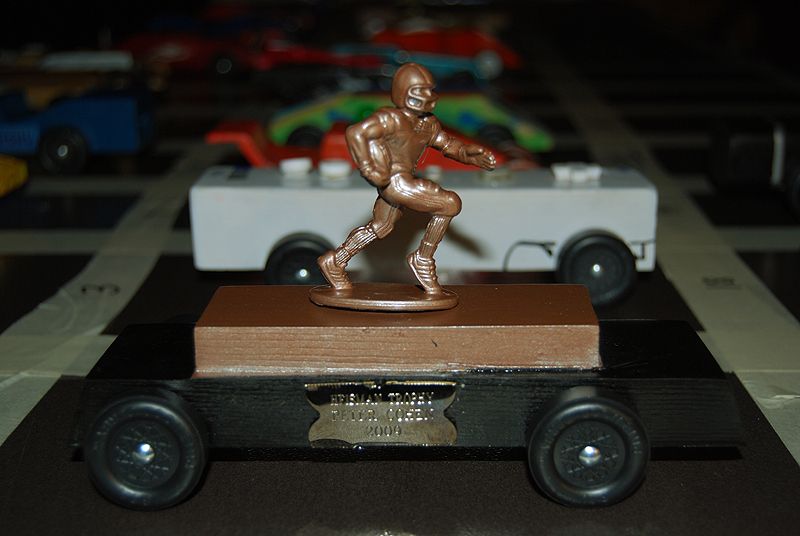 Peter will be moving from Cub Scouts to Boy Scouts later this month, so this was his last Pinewood Derby. His car is called The Heisman and it is modeled after the Heisman Trophy, awarded for the top player in College Football every year. For the second year in a row, Peter was awarded first place in Most Original for his car, and he will compete at the District Level.

It is also my last year as Racemaster. I was the MC for the event, kept the boys moving through the races, and started each race. The best part of the job is I got to wear a Nascar shirt, but I will be passing that along to the next Racemaster.

Here’s a link to the rest of my photos from Pinewood Derby.