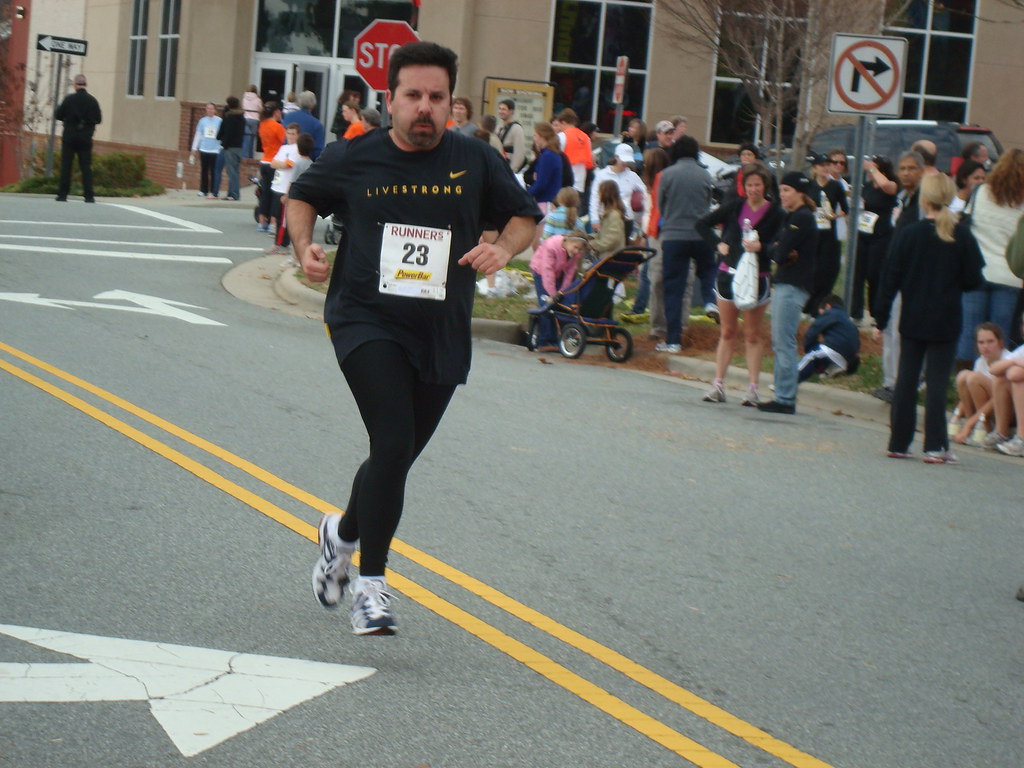 Today I ran in the Southern Village 5K. It was very hilly 3.1 mile race. The weather was perfect for running. 50 degrees, overcast and no wind. I had one goal for the race, and that was to complete it without stopping. I met that goal.

I ran the race pretty slowly (about 41:30), since I really was not in shape to run a 5K. I used the race as an excuse to run this weekend, as I am training for the Krispy Kreme Challenge. The race was through a residential neighborhood and there were occasional spectators along the route. Since I was in the back of the race, generally running alone, I was able to interact with the fans. I asked several people to take my number and finish the race for me. One small boy asked me why I was running so slow. I told him that some people run fast, and today I was running slow.

UPDATE: According to the race results, I finished 208th out of 226 finishers, and 35th out of 37 finishers in my age bracket.

For a video wrap-up, go to 4 Miles and 12 Donuts, my video blog that the training for the race.