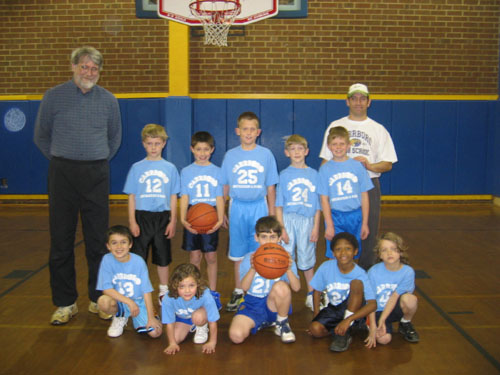 Peter and Grace’s PeeWee basketball team won their final game of the season, and won the league championship with a 10-1 record. Peter tied his career high with 10 points and Grace was a force on defense. Well, she got to her spot and got her arms up.

In a post game party and awards presentation (earned trophies rather than participation ones), their coach recounted the story of the draft 3 years ago where he was razzed by the other coaches for picking 3 6 year olds, rather than 8 year olds. Those 3 players, a shooter (Peter), a point guard and a big man grew into the core of this winning team 3 years later.