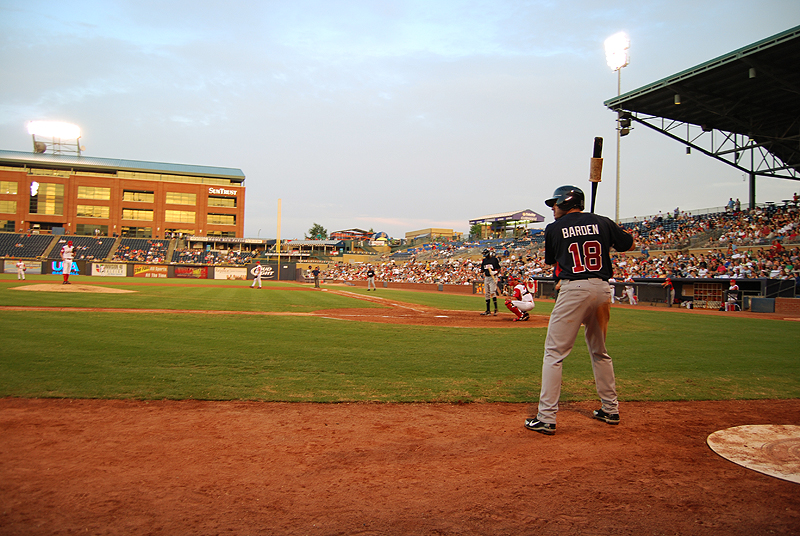 Last night I took the kids to a USA Baseball game versus Team Canada. The two teams played a 3-game stand (1 in Cary, 2 in Durham) as a final tune-up before heading to the Olympics in Beijing. It was pretty exciting to see two teams that will be playing in the Olympics in a couple of weeks. The USA won 7-2. Here’s the box score. 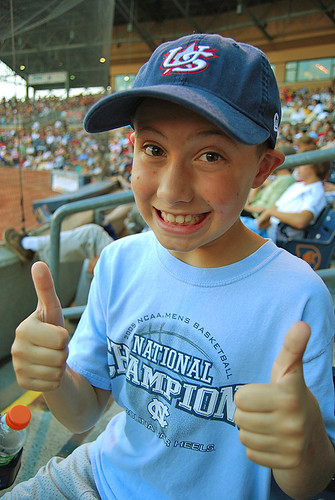 Peter gave it two thumbs up 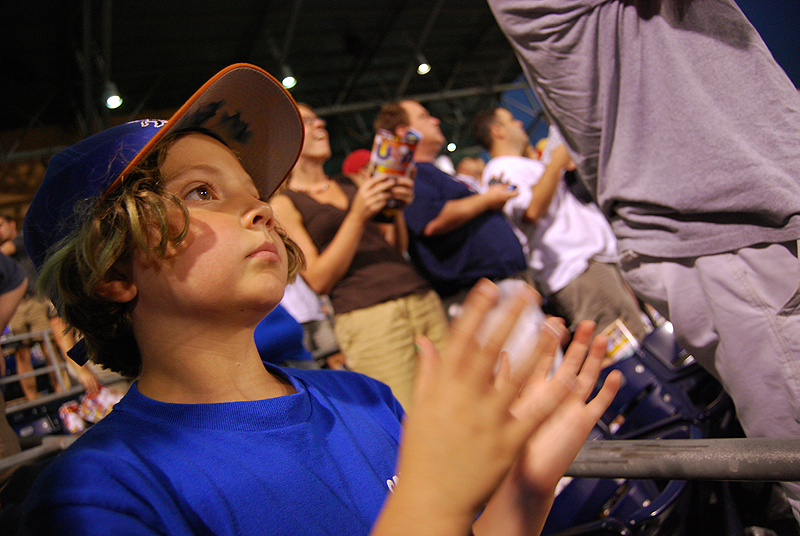 Here’s a link to the rest of my photos, including one of USA manager, and former Mets manager, Davey Johnson.

Following the game were fireworks. I took a bunch of pictures of the fireworks, some of which came out okay, but our fabulous seats in the second row just to the left of home plate were not so good for pictures. I need to spend time going through the fireworks pictures and pick ones that are good enough to post.