In late 2002 I started attending local live music shows again. This was something I did regularly when I was in grad school, but really got out of the habit after returning to Chapel Hill as an “grown-up.” It was not much of stretch to attend a Wilco show in 2003 in Asheville.

Wilco is a band that I have followed since their first release in 1994. I always enjoyed their music, but never saw them live. This particular show in Asheville was a turning point for me. As I started looking to download a recording of the show (this was the early days of peer-to-peer tools), I discovered the online community of Wilco fans.

Over a period of time, this turned into somewhat of an obsession as I learned about the band, made friends online, traded CDs through the mail, downloaded concert recordings (bit torrent technology emerged during this time), and even participated in rock-n-roll tourism. I traveled to places like Pittsburgh, Denver, Washington DC and Chicago to attend Wilco shows. This helped convert online friendships into real friendships, and vice versa. I was part of the community.

One of the things I did was take photos and provide them to people making CD covers. Here is an example of a CD cover that someone made with one of my photos: 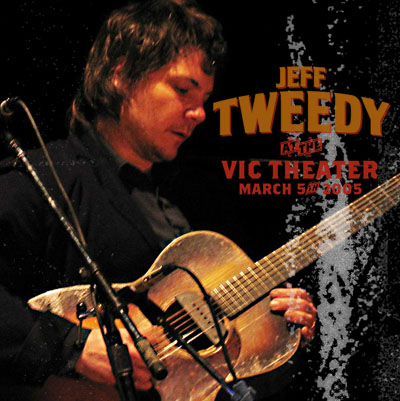 Anyway time moves on as it does, and I was becoming less involved in the community. I stopped traveling to shows, although I did continue to see them when the appeared locally. I stopped frequenting the forum, because as the band got bigger, the core group of people who started the forum were less involved. These were the people I knew and were friendly with.

The hard thing about this change in level of interaction is that I still like the band. I have continued to buy their albums, even pre-ordering them from the band’s website. Periodically, I check the forum for news about the band. I also check the band’s website for goings on with the band. While I have moved from an obsessive level of fandom to a normal level, sometimes I struggle with the upcoming tour schedule and wonder if I can get to a certain show. I just have to tell myself that I don’t do that anymore.