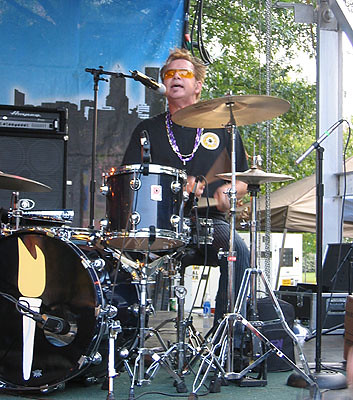 Yesterday I went to an outdoor concert in Raleigh and saw Terry Anderson and the OAK Team. Terry took pictures of the crowd and that’s me with the sunglasses.

Back in the day, he was the leader of a band called the Woods that I saw quite a few times in the area, including a couple performances backing up Bo Diddley.