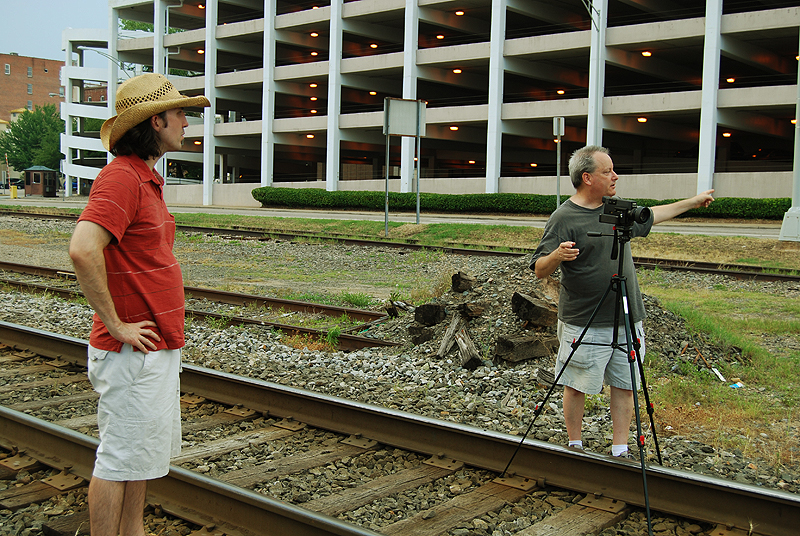 About a month ago, a group of like-minded individuals banded together with a roll of Super8 film and shot a short film in downtown Durham. Read about in this post. The film was shot with all scenes in order, with no editing. We did not get to see the footage after it was shot.

Tonight was the premiere of our film, titled Hot Pursuit, as well as 8-10 others shot under the same conditions. None of the filmmakers saw their films before tonight. Since the films were silent, many filmmakers provided music to accompany their films.

As I recounted during shooting, we certainly had an adventure making this movie. It was an experience to remember. And if the film turned out good, well, then that was just a bonus. As it turned out, the film was pretty good. It had the look of a 1970s opening title sequence, which is what we were going for. It was also very funny. I don’t know if we got the loudest laughter because our group was laughing so hard. I can’t wait to get an online link so I can share it.