This morning I headed off for a drive in the country to use my new camera (Nikon D40X). I was inspired by last night’s meeting of Urban Exploring, so I was looking for run down and abandoned buildings. I drove north across the state line into Virginia to a small town named Virgilina (pop. 159), where I knew there were some old buildings worth photographing.

At one point I stopped in a convenience store, and I was the only one not wearing camouflage. I was in some areas that were so rural, when I got out of my car I heard nothing. Absolutely nothing. Even the town was pretty deserted. I only saw a handful of people. And finally, the train station was really creepy. There were several cars parked around it, including the red Corvair, that seemed okay until you looked closer. The Corvair looked shiny and well taken care of, but it was missing the driver’s side window. The newer cars had old inspection stickers and looked like they had been parked there while. There was lots of stuff stored inside, but I had the sense that at any moment some psycho living inside would jump out at me. 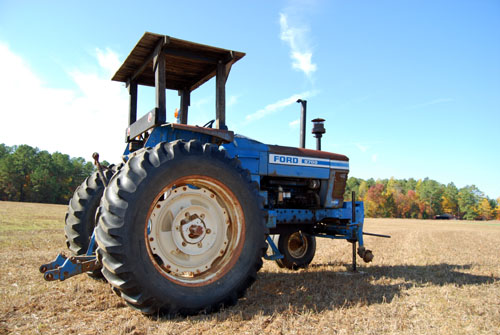 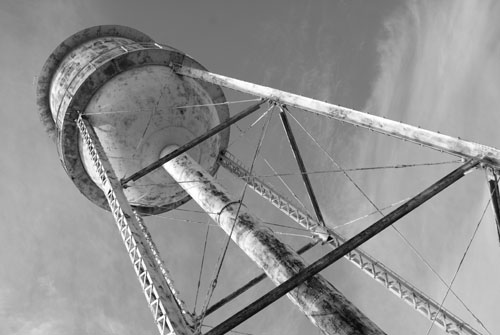 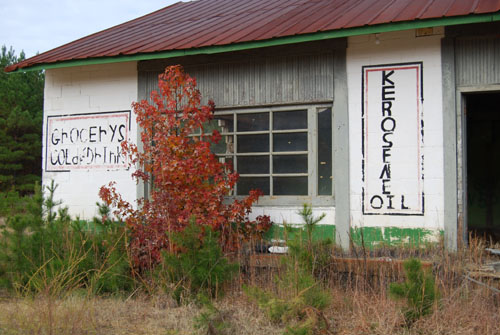 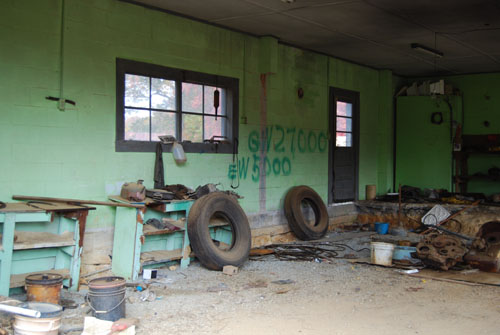 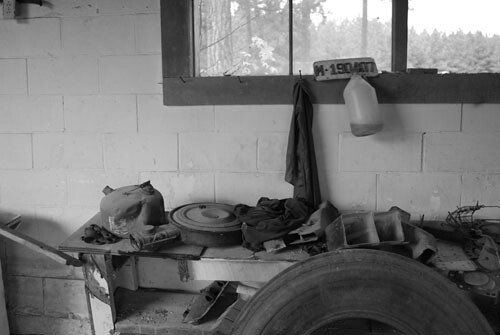 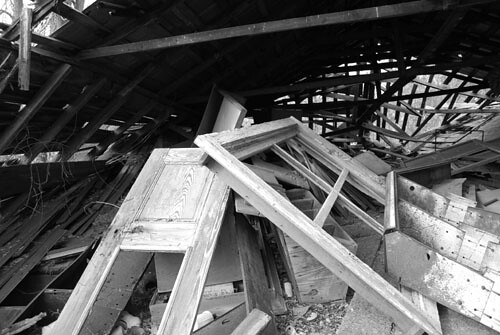 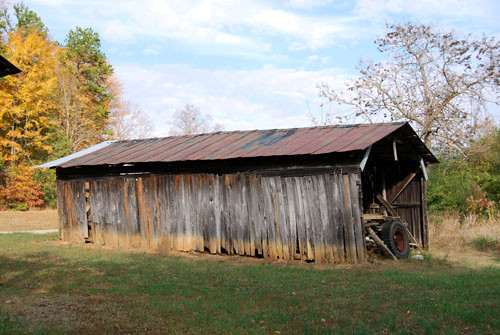 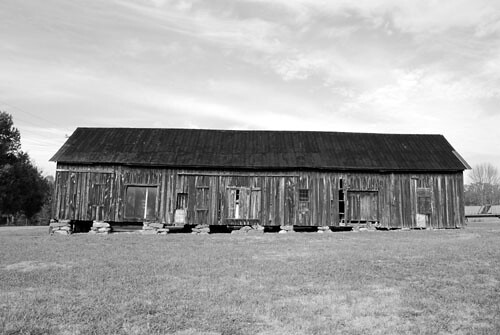 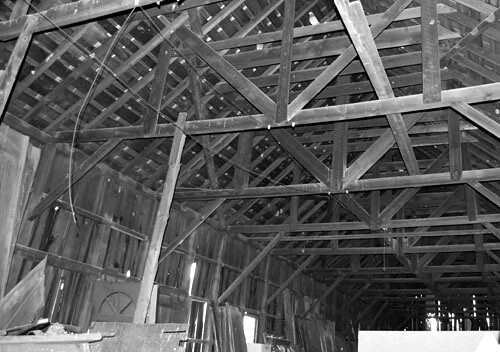 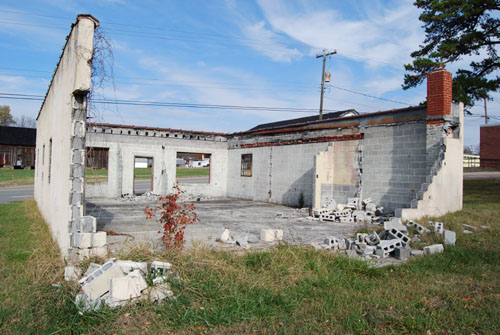 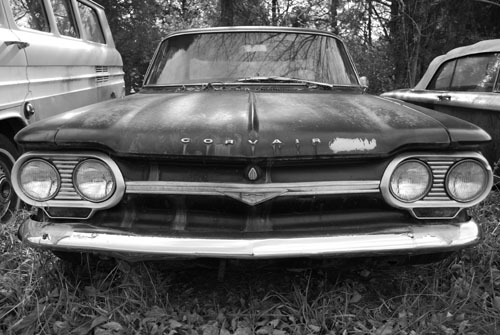 1964 Chevy Corvair, Virgilina, VA (Thanks for the year, Corey) 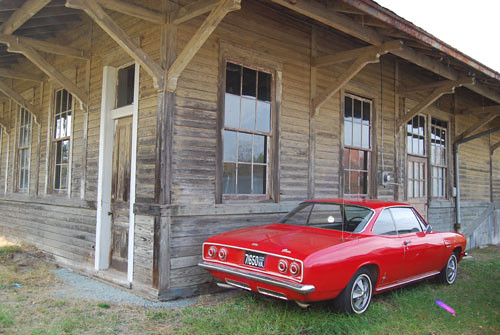 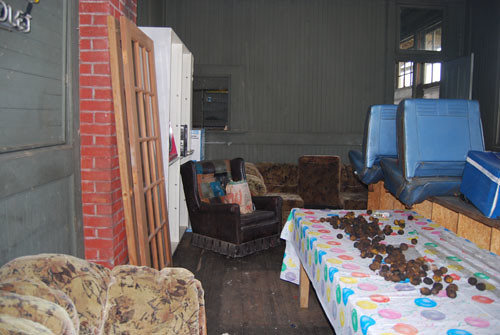 After seeing construction items stored in one room, I came around to this window and saw the chairs and couches, but it was the table that creeped me out. It was birthday table cloth with a collection of black walnuts on it. 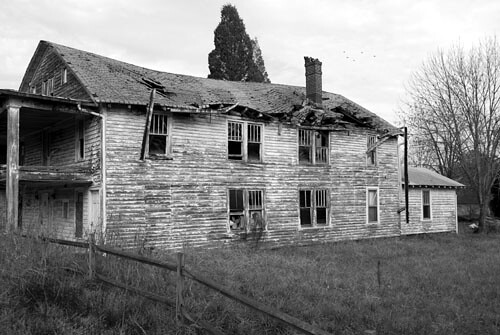 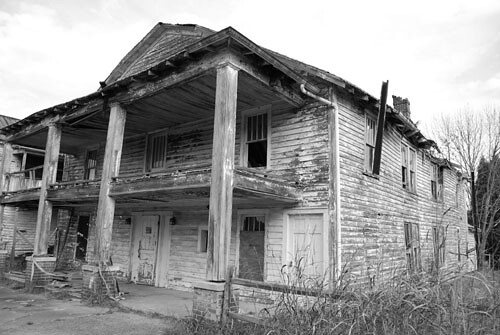 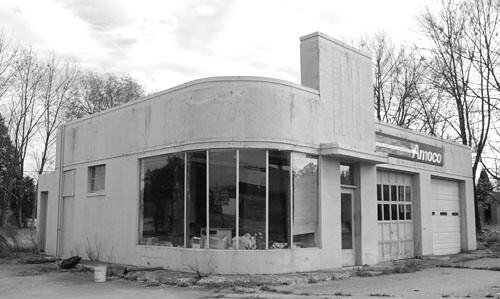 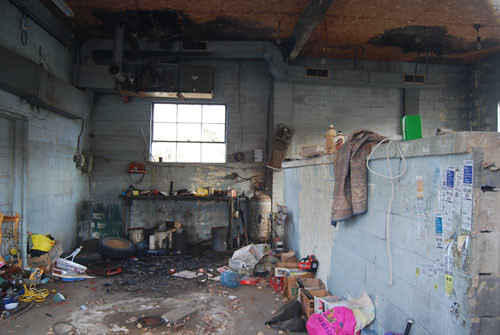