My friend Ginny recently started a new job as the Social Media Strategist for Cree, the RTP-based LED lighting company. In her second week on the job, she was involved in the planning of a major company press conference when they announced the addition of 575 jobs. The governor of NC was in attendance for the announcement.

Ginny wanted an interesting backdrop for the announcement, so she asked me if she could use my photo of the Raleigh Shimmer Wall. Cree was a major sponsor of this downtown public art installation, as it is lit at night with Cree LEDs (scroll down for a night view). I was happy to oblige. Ginny posted several pictures online listing me as the photographer, like the one above of Cree CEO, Chuck Swoboda. Below is my photo, which clearly shows the Cree sponsorship banner. 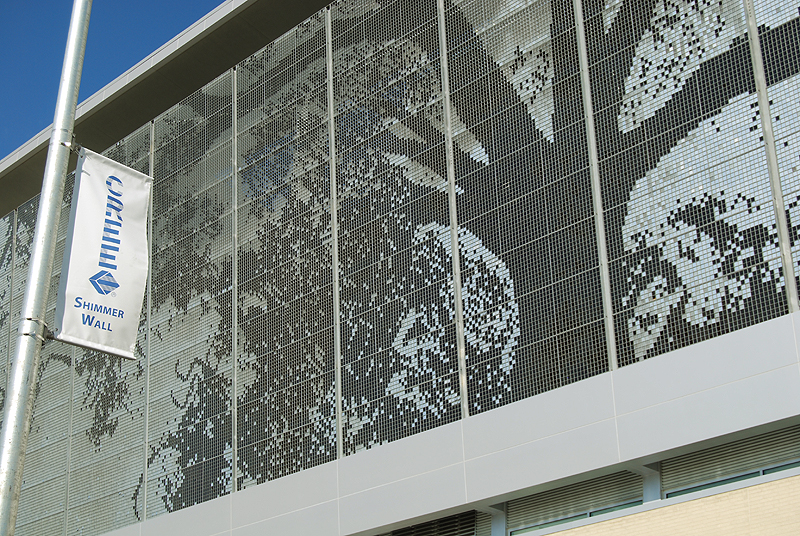 From the News & Observer Editors’ Blog: Here are 5 things you may or may not have known about the company:

1. Cree chips lit up the Beijing Olympics, with 750,000 red, blue and green LEDs made by Cree helping to light up the Bird’s Nest and Water Cube buildings.

2. The company donated the $1 million LED system backlighting the shimmer wall at the Raleigh Convention Center.

5. Friday afternoon, Cree’s market value, as measured by the value of its stock, was nearly $4 billion. 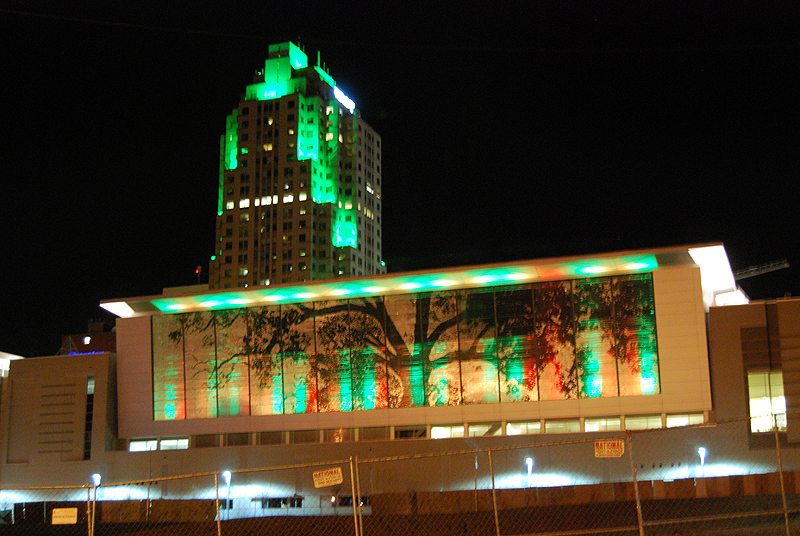