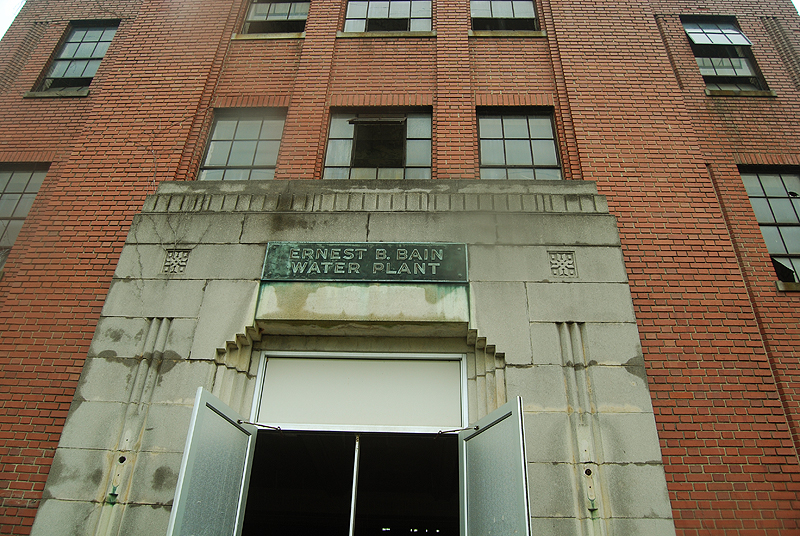 The Bain Project was a site specific artwork created in the deserted and decommissioned waterworks plant south of downtown Raleigh. In the late 1930s, as Raleigh was growing, the city built a new plant to handle the water needs of the area. Here’s a link to historic information about the Bain Waterworks. This artwork project combined found objects in the plant, organic materials like branches and grass with a deteriorating industrial building. I was more interested in photographing the aging machinery and peeling paint than in the artwork, but some it made interesting photographs. 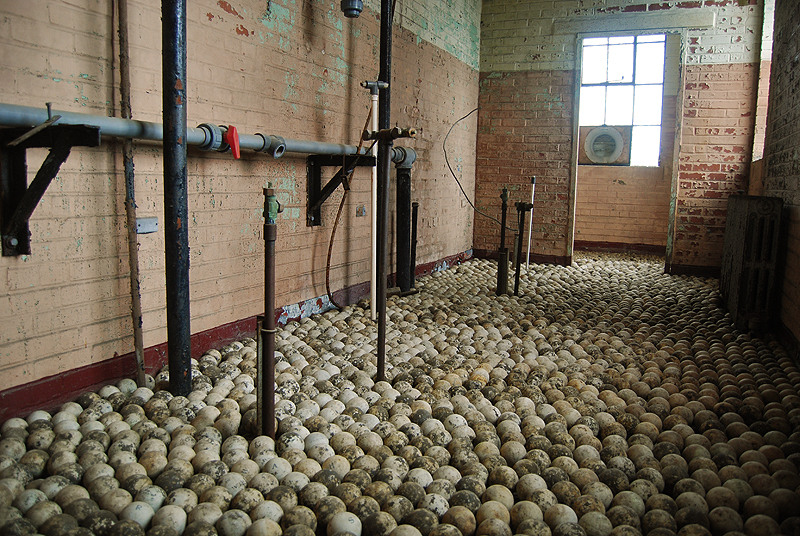 Here are the rest of my photos on Flickr and here are photos from other local photographers.

One of the most creative endeavors was a musical piece played by creating sounds on the building itself. A plant buzzer sounded, and a corps of white-coated employees marched down the main aisle and took their positions in the water holding tanks. They proceeded to shake, shudder and pound out the sounds of a working plant. Here’s some video of the piece.