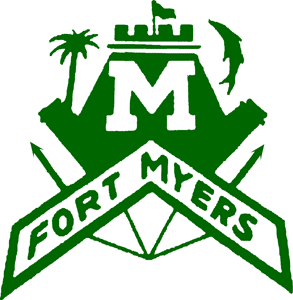 In May of 1983, I graduated from high school. There were no home computers, no internet and no cell phones. I wrote everything from school papers, newspaper columns and short stories on a Corona Selectric typewriter with a removable correction cartridge. This typewriter keyboard was huge step beyond pen and paper for me.

The number one song that week was Flashdance (Oh What a Feeling) by Irene Cara. It was displaced by the Police’s “Every Breath You Take,” from the album Synchonicity, released a few days later. That song went on to become the biggest hit of the summer. Earlier that month, Michael Jackson debuted the moonwalk on a Motown Records tv special.

This was the beginning of the MTV era and we all wanted our MTV. I remember getting something called a “cable-ready” tv, which meant that I could finally watch this entire channel devoted to music videos. A huge tv milestone happened earlier in the year, as 106 million tuned in to the final episode of MASH.

Today I am headed to my 30th High School Reunion in Fort Myers, Florida. Facebook has completely changed the process of planning events like this. We are not the Facebook generation. We were adults with children when Facebook started, but we gravitated to this platform that provided connections. Even though many classmates are still local, everyone seems to be connected to someone from high school on Facebook.

The organizing committee formed a private reunion Facebook group and started adding people last year. This started rebuilding a community of our class on Facebook long before today’s kickoff of the reunion weekend. Schedules were debated, plans were finalized and details were shared within this group. A group event was created for each reunion activity, and we could RSVP by event. It is hard to imagine planning this event with the technology of 30 years ago: telephones, letters and chance meetings in the grocery store.

This also means that those of us who moved away have still been able to keep up with those who didn’t. I see pictures of events and kids of friends that I haven’t seen in years. It has been 20 years since I have seen some people, but we are friends on Facebook.

People who are unable to attend the reunion are also commenting in the group, which builds additional connections beyond those who are here in person.

And where will pictures of the reunion be shared? That’s right, Facebook.