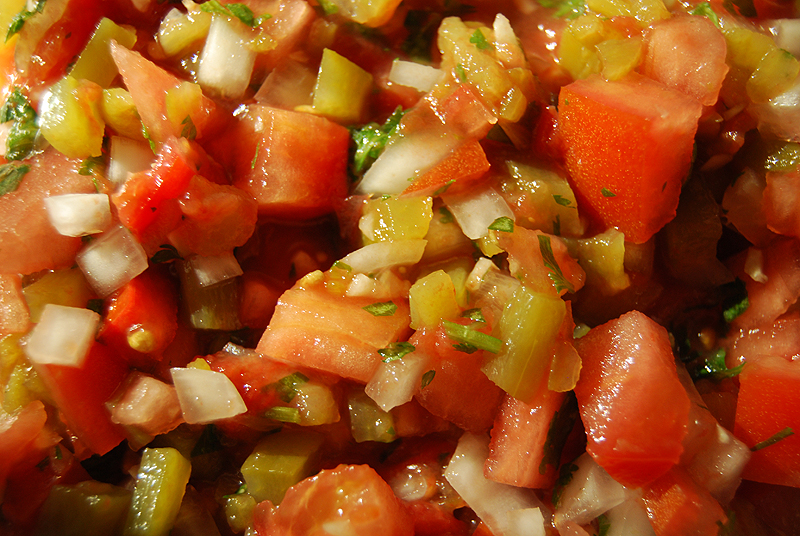 I recently posted on Twitter that I was roasting a tomato, a hatch pepper and a sweet green pepper to make salsa. A friend of mine, who saw the message as a status update on Facebook, replied wondering if I was going to add lemon juice or vinegar. Since I was not following a recipe, and actually did not even want to look one up, I replied to him on Facebook that I didn’t know I needed an acid in salsa. I suggested that I would add lime juice. He told me that was perfect.

This conversation took place because I posted what I was doing. I was not asking for help, but I had a friend ask me a question that offered me some information that he thought would be helpful. This is why I twitter what I am doing.

The above picture is that salsa after another tomato, lime juice, onion, garlic, cilantro were added to the roasted ingredients. I served it to guests who remarked how good it was. I told them it was improved through my internet contacts.