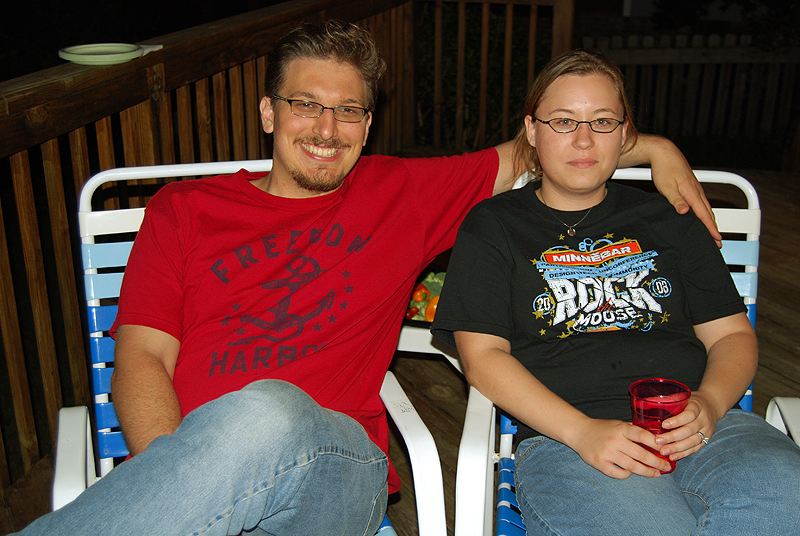 A few months ago, a web designer named Alicia, who lived in Minnesota (@GraphicKarma), began following me on Twitter. It turns out that she and her husband were moving to Durham and they we using Twitter to start meeting some people in their new city. We posted back and forth a little bit as they were packing up. I was also packing up and moving, so we had things to talk about.

They moved to Durham about two weeks ago and I continued to follow Alicia on Twitter as she unpacked boxes. Again, they were tasks very similar to mine. I noticed that she and her husband, @RobertFischer, were getting out in the community and meeting other friends of mine.

I was getting ready for my housewarming party on Saturday, and I decided to invite Alicia and Robert. I had never met them in person, and had only communicated through Twitter. It turned out that they were running late and got to my house as many others were leaving. It was a nice night, and we sat outside on the deck chatting for several hours. We got along great and had lots to talk about. Definitely a new way to make friends.