We woke up to a cloudy and rainy day. The original plan was to go to the beach in the morning to get a extra day at the beach before we checked in the condo. We wound up swimming in the hotel pool, going shopping at Walmart and eating lunch at McDaniels Dairy. By the time we were done with all of the that, we could check in to our condo.

There was a light drizzle, so we were not planning going out to the beach. The kids went down to the water and put their feet in. Somehow, I managed to keep them for getting their clothes soaked. 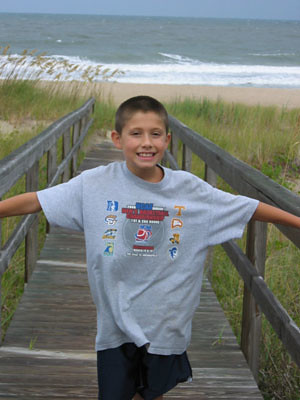 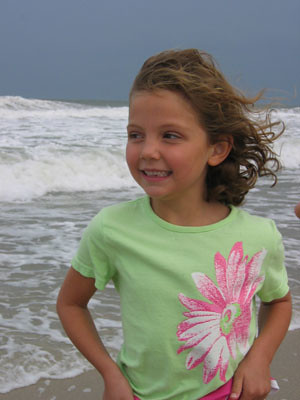 That night Meg and I went on a Haunted Pub Tour of Wilmington. First we ate dinner at a German restaurant, where she had a wurst platter and I had veal schnitzel. Both were delicious. On the tour we went to four bars: Paddy’s Hollow, Orton’s Pool Hall/Longstreet’s, The Liquid Room and The Blue Post. We heard about a theory of Jack the Ripper in Wilmington, a hotel fire, mysterious happenings captured on video and a large bar proprietress named Gallus Meg.

The tour was led by a local actor named John. He did a great job telling the stories, but it seemed like the stories were more attached to the locations where the bars were, rather than the bars themselves.